Katrine and Dariusz first met while working for the Danish film company ZENTROPA. They agreed that there was a need for more films with the ability to stand up against empty, mass-produced entertainment.

They shared the vision of creating films that inspire its audience, enriching them by portraying human qualities and provides them with food for thought: Films with a real substance, intensity and humor.

In 2012 Dariusz and Katrine founded the independent film company dk fiction and created their first film together: THE LOST ONES, addressing the issues of reconciliation and self-awareness.

They married that same year and continued to produce the documentary: VISDOM, about the life wisdom of four different people. Topics such as revenge, war, envy, forgiveness and love, among others, are treated in this film.

Dariusz and Katrine have now begun working on their third film: FLOSS. It will revolve around the fact that we do not really control our own lives. Instead our lives often follows their own futile paths. The film wishes to underline what makes us human and thereby focus on relationships and true friendship: The essentials of life which impact and define each of our exceptional destinies.

You can stream all of dk fiction’s productions from this website, including DARIUSZ´s award winning debut film CHARLIE BUTTERFLY, or you can BOOK A FILM SCREENING including an introduction to the film and a Q&A session.

Whether you SUPPORT, stream or book a screening of one of the movies, every penny goes to the next production – we are a non-profit organisation.

You are more than welcome to CONTACT US for more information.

We look forward to hearing from you.

All the best
Dariusz & Katrine 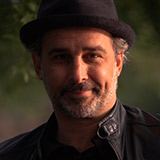 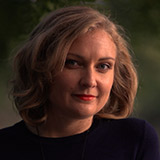